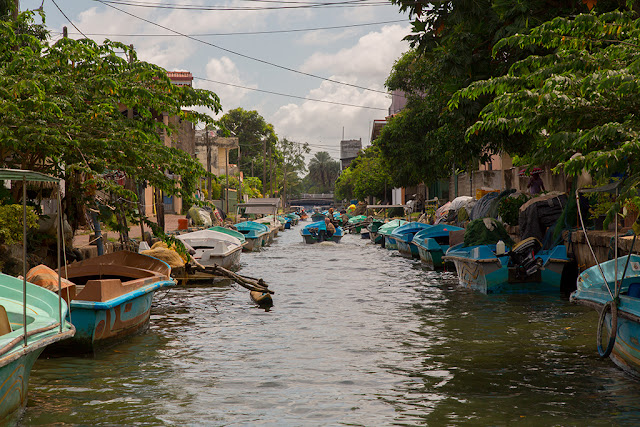 The Hamilton canal, named after Gavin Hamilton, the British agent for revenue in 1802, was initially built by the Sinhalese under King Parakramabahu. It was then extended by the Dutch and the British. It forms part of the canal network that connects the Keleni river to Puttalam in the north via the Negombo and Chilaw lagoons. The canals were built as a flood control measure and to transport goods.

Hi Dev,I live in Negombo and the Dutch Canal is an icon of the cinnamon and spice trade brings nostalgic moments of the past.There is a house by the left side of the Canal when you take a boat ride from Negombo towards Chilaw very close to third bridge. In this house King Sri Wicrama Rajasinghe (Last king of Ceylon) was kept prisoner.
I like the photograph because it has accumulated every identity to reflect the historical Dutch Canal.
Professional photography.Congratulations!

@nortonFernando. Thanks for your comment. Lots of interesting places to see there. Just wish they could do something about the trash.